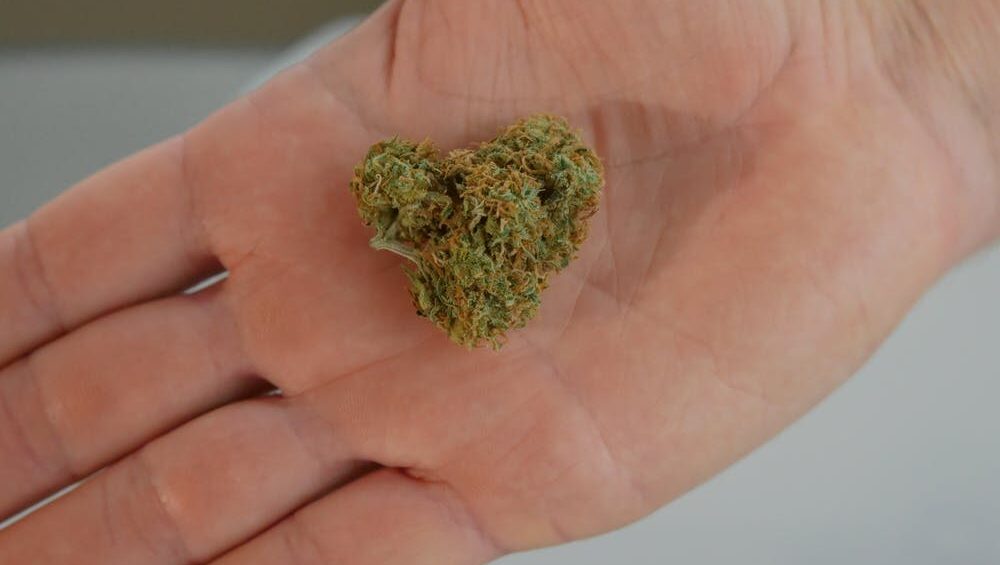 Northcarolinahealthnews.org shared opinion about Medical marijuana and Delta8. Let’s check what they say.

These days when we hear the word “Delta” our thoughts might turn quickly to COVID-19 and the dreaded Delta variant that’s reminding us just how long a global pandemic can last.

In the cannabis world, though, there’s a lot of talk about Delta, too, especially the differences and similarities between Delta-8 tetrahydrocannabinol, a weaker substance commonly found in small quantities in hemp products, and Delta-9 tetrahydrocannabinol, the compound that gives marijuana users the feeling of being high.

In North Carolina, lawmakers are considering whether to legalize marijuana use for some medical conditions through the NC Compassionate Care Act, or Senate Bill 711, introduced by Republican Bill Rabon. The proposal recently got the green light from a Senate judiciary committee, but it’s unclear whether there’s enough support in the Republican-led General Assembly for full approval in a state that has long resisted joining the list of 37 others that have legalized medical marijuana.

The debate about whether to legalize marijuana can lead to questions and confusion in North Carolina. There’s cannabis, hemp products and cannabidiol (CBD) found in dispensaries across the state. There’s also plenty of demand for Delta-8 tetrahydrocannabinol (THC), that’s still psychoactive, even if you have to take much more in order to get high.

Why is it that you can buy Delta 8-THC in some North Carolina stores, but Delta 9-THC is considered illegal and such a controversial issue that lawmakers debate the topic in committee meeting after committee meeting?

North Carolina Health News set out to find some answers.

When you see the image of the notable green leaf with seven petals, you may initially think of marijuana and the marijuana plant. However, both hemp and marijuana are species of the cannabis plant and have the same leafy structure.

Though hemp and marijuana are both from the cannabis family, hemp plants contain less than 0.3 percent THC, and therefore have little ability to cause a user’s high. Marijuana plants, however, contain more THC components, and more recently developed hybrids have been bred to contain higher and higher percentages of the psychoactive substance.

CBD, widely sold in dispensaries across the state, can be derived from both plants.

But what about Delta-8?

Delta-8 tetrahydrocannabinol is an organic compound similar to Delta-9 THC— the compound thought of when referring to marijuana.

Both Delta-8 and Delta-9 have a highly similar chemical structure with only one slight difference in their chemical makeup.

“Delta-8 is similar to THC, in the sense that it binds to these cannabinoid receptors in our brain and in the rest of our body,” said David Kroll, professor of pharmacology at the University of Colorado Skaggs School of Pharmacy. “It can be psychoactive, intoxicating, probably about a half to a third as potent as THC.

“All that means is that you might need two or three times the dose to cause the same effect of THC.”

Why do people use it?

Delta-8 dispensaries attract a wide range of people. State law sets 21 as the age someone has to be to purchase any type of hemp product.

On any given day, you might find college students, older adults, and those with various medical conditions at a local dispensary. Some are there to ease chronic pain, anxiety and depression. Others are there to get a little bit of a buzz.

It’s being sold in NC. Is that OK?

In 2018, the U.S. Congress passed the 2018 Farm Bill that not only legalized the sale of hemp in all 50 states but also declassified cannabis from the Controlled Substances Act. That created a loophole that many companies use to sell CBD-derived products containing less than 0.3 percent THC. That product, known as Delta-8, is now sold in dispensaries across North Carolina.

Nonetheless, there’s debate about whether that loophole really exists.

“Even though the Farm Bill says that the naturally occurring stuff from a hemp plant with less than 0.3 percent of Delta-9 THC is legal, there is another federal law, an addendum to the Controlled Substances Act called the Federal Analogue Act,” said Kroll, who has made a career of studying the substances that come from natural sources that get used in pharmaceutical products.

The Analogue Act says that if a chemical is even related to a Schedule I drug it’s then considered equally illegal. Schedule I drugs, according to the federal Drug Enforcement Administration, are “substances or chemicals … defined as drugs with no currently accepted medical use and a high potential for abuse.” The list includes heroin, LSD and marijuana to name a few.

“Technically, Delta-8 would not be legal from a federal standpoint. I think that the reason people are able to sell it is because state and federal authorities have decided that it’s not worth prosecuting Delta-8 sellers,” Kroll said.

Allyn Howlett, professor of physiology and pharmacology at the Wake Forest School of Medicine, argues that the distribution of Delta-8 bypasses the original intent of the federal Farm Bill.

“I have just been aghast when I look at signs that say ‘Delta-8 is sold here,’” Howlett said. She argued this type of retail activity “totally bypasses the original legislation” that tried to separate hemp, which has no psychoactive properties, from marijuana, which does.

Ellen Tacher, the founder of Prime Sunshine CBD & Oil Dispensary, argues that questioning whether Delta-8 is legal goes against the Farm Bill’s intent which opened the door to hemp farming.

“Under the 2018 Farm Bill, they included all parts and pieces and stems of the plant. Delta-8 is one of those parts of the plant. The plant became legal, federally legal. That’s like taking vitamin C out of an orange and saying, ‘well, we can’t make vitamin C legal,’ or taking vitamin K out of sweet potato and saying, ‘oh, you can eat sweet potato but you can’t have the vitamin K.’”

Do people use Delta-8 medically?

Retailers of Delta-8 and other CBD products are not allowed to make medical claims about their products even if customers use these products medicinally, according to the Food and Drug Administration.

That means Tacher cannot make claims to customers, but she says some customers who were regulars at pain clinics across the country have switched to using either Delta-8 or CBD instead of pain medications because they say those products work better for them.

When considering the legalization of medical marijuana, or even the potential medicinal effects of CBD or Delta-8, Wake Forest researcher Howlett expresses great concern.

“When legislation is introduced for something that’s medicinal, we should really pay attention to Food and Drug Administration requirements for companies that are called medicines,” Howlett said.

“It disappoints me, in general, when a legislature or a group of voters try to vote on something that they want to make sure is medicine, it seems to me that for the most part that is bypassing all of the protections that we as consumers have.”Email*Zip Code*

There is much debate about the safety of Delta-8 in North Carolina and in other states where there is not full legalization of all cannabis products.

Howlett argues that the legal status of a compound such as THC does not necessarily make it safe to consume and distribute, especially since it is not yet approved by the FDA.

Both Kroll and Tacher said the safety depends on how the product is manufactured and processed.

“I mean, if they’re using ethanol, or they’re using CO2 [Carbon Dioxide], which they are, then you’re automatically being exposed to dangerous chemicals, solvents that are on the hazmat list and cause cancer,” she said.

Tacher said that her products are not processed with chemicals, ethanol or solvents, though other dispensaries may use formulas that do.

There are things to look for when purchasing Delta-8.

Products should have a Certificate of Analysis that shows the ingredients. From that list, a consumer can check whether the gels, flowers, cartridges, oils, edibles and other merchandise were lab tested for toxins.

Whether there is a law passed in North Carolina or not, people have found and are likely to continue to find ways to access cannabis products.

People are getting weed

A study from the National Center for Education Statistics in 2019 found that 22 percent of high school students in the U.S reported using marijuana at least one time within a 30-day period.

Additionally, a Gallup poll reported that almost half of Americans have tried marijuana at least once in their lives.

With 37 states legalizing medical marijuana, and 18 fully legalizing recreational use, people are still able to get the substance. Pretty soon, marijuana will be available in Virginia, only a few hours drive away for many North Carolina residents.

Though studies show that Americans have been able to get their hands on marijuana and legalization has become more mainstream, the Centers for Disease Control and Prevention notes that marijuana use at a young age can lead to negative health effects.

While some still argue that there should be no legalization of marijuana for medical or recreational use, Kroll argues that it might be safer if it’s regulated by law.

“My one criticism of Colorado’s cannabis industry is that health care professionals are only involved peripherally,” Kroll said of his home state, which was among the first states to legalize recreational marijuana in 2012. “Cannabis contains active medical chemicals, and should be treated like any other pharmaceutical.

“The door has been open in Colorado for so long, you’re never going to be able to go back and have retroactive legislation to change that. The time for opportunity is when a state like North Carolina is initiating the slow acceptance of cannabis as a legal product to learn from our mistakes.”

What do NC lawmakers think?

Currently, lawmakers are debating whether to greenlight a bill in the Senate and join the 37 other states who have legalized medicinal marijuana. However, there has been no mention of Delta-8.

Many lawmakers contacted by NC Health News declined to comment about Delta-8.

Sen. Mike Woodard (D-Durham), a supporter of SB 711, said he thinks the distribution of Delta-8 in dispensaries across the state is fine.

“I did not know that it was called Delta-8, but I did know that companies have done that, yes,” said Woodard in an NC Health News interview.

“It is obviously legal federally to be able to do that which is why we are doing it. I don’t have any problems with it,” he said. “I supported the hemp provisions that were in the farm bill. I mean, it’s a viable retail product and as long as it’s licensed and legal at the federal level, we should be able to grow and sell it in North Carolina.”

Correction: This story has been corrected to note that it is state law that restricts purchase of Delta-8 to people 21 years or older in North Carolina.

Blog Categories
Recent Posts
Select the fields to be shown. Others will be hidden. Drag and drop to rearrange the order.
Click outside to hide the compare bar
Compare
Wishlist 0
Open wishlist page Continue shopping